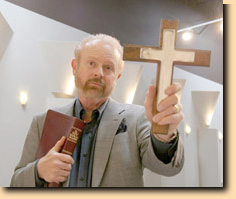 p. 179 - The origin of this Negro influence was, of course Africa.. These innovations were connected with heathen tribal and voodoo rites. The native dances to incessant, pulsating, syncopated rhythms until he enters a state of hypnotic monotony and loses active control over his conscious mind. The throb of the beat from the drums brings his mind to a state when the voodoo, which Christian missionaries know to be a demon, can enter him. This power then takes control of the dancer, usually resulting in sexual atrocities. Is there a legitimate connection between theses religious rites and today's modern dances? *[Larson answers in the affirmative.]

p. 181 - I was aware of the connection between demons and dancing even before my conversion. I speak from experience as to the effect rock rhythms have on the mind. ...As a minister, I know what it is like to feel the unction of the Holy Spirit. As a rock musician, I knew what it meant to feel the counterfeit anointing of Satan. I am not alone in my experimental knowledge of the influence of demonic powers present in rock music.

I think he must have played saxophone. At least we know why he never got a song on the Top 40! Groovy lyrics. ;-)]

p. 182 - There is no difference between the repetative movements of witch doctors and tribal dancers and the dances of American teenagers. The same coarse bodily motions which lead such dancers into a state of uncontrollable frenzy are present in modern dances. It is only logical, then, that here must also be a correlation in the potentiality of demons gaining possessive control of a person through the medium of the beat. This is not entirely myown theory. It is the message that missionaries have urged me to bring to the American public.

p. 184 - An Friday and Saturday nights across America the devil is gaining demonic control over thousands of teenage lives. It is possible that any person who has danced for substantial lengths of time may have come under the oppressive, obsessive, or possessive influence of demons. Knowing this, churches and clergymen need to shed their cloak of compromise and firmly denounce rock dances. Dancing is no longer an artistic form of expression ( if it ever was) but a subtle instrument of Satan to morally and spiritually destroy youth.

He was in an early 1960s rock band himself, "The Rebels", before he got saved. He has made rather exaggerated claims about this band's commercial success and led people to believe they were some kind of heavy metal band, when in fact the only gigs they got were playing at high school sock hops and one Lions Club convention. Musically, they were about where Pat Boone was.
from http://rationalwiki.org/wiki/Bob_Larson

... Sharla Turman Logan, who was keyboardist for Bob Larson's high school rock trio, the Rebels, was interviewed by World. Logan, who lives in Lincoln, Nebraska, listened as Cornerstone read her this 1974 quote from a Bob Larson book, Hell on Earth .... We did a parody of `Charlie Brown.' You know, `He's a clown / Charlie Brown.'" ... Sharla Logan heard the same story years before Bob first published it. "I saw him preach in 1965 or 1966, when I was in college at Greeley, Colorado." Logan couldn't believe what she was hearing. "I was offended. I was hurt. None of us ever did anything sexually or even drank. My father went with us to the concerts as a chaperon, and he would have picked up on any sexual stuff. We played at pizza parlors, rodeos, and churches. Everyone came, from little knee-high kids to grandpas and grandmas. But Bob talked about us like we were a bunch of sluts, if you'll excuse me. I was crying, sitting there hoping people wouldn't look at me. At the next intermission, I left." ...

http://www.cornerstonemag.com/features/iss100/larson.htm
Posted by Moi at 6:36 PM 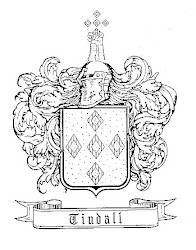 Mark Tindall is an innovator over many fields. His degrees include the areas of both education and philosophy.

He has taught in the public and private sector being both a School Principal and a Training Manager. He has authored a book of poetry and several educational books and has exhibited his paintings. He has also dabbled in acting.

He is now a full time musician having begun his musical career at the age of 15 and working with numerous bands. Although primarily a guitarist / songwriter he is proficient in many instruments featured in his numerous albums.

Come on in and take a look around.